I took advantage of the cheap travel deal JR have at the moment and got a north Kyushu ticket and used it for a trip to Beppu. I travelled to Beppu on the first express JR Kyushu sonic train in the morning and from Beppu station used the #36 Bus to get to the Torii bus stop. From there I hiked up to Tsurumidake and then across to Yufudake. I caught the bus back from the Yufudake trail head (Unfourtuntately I got a slow bus back by mistake so it took over an hour!)
The mountains were beautiful with fantastic Autumn colours and great views. I found the route going down Tsurumidake to be a little tough and hard to follow but it was OK. The route up to Yufudake was tiring with lots of ropes and rocks to climb nearer the top so bettter come prepared with gloves!
The views were excellent though so it was well worth it! Mt. Yufu and Mt. Tsurumi are actually active volcanoes but it has been 2000years and 1200years respectively since their last eruptions which in geological time is not long ago! Click on the title for the link to the trail map. 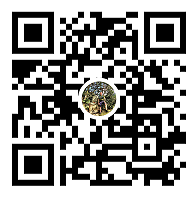